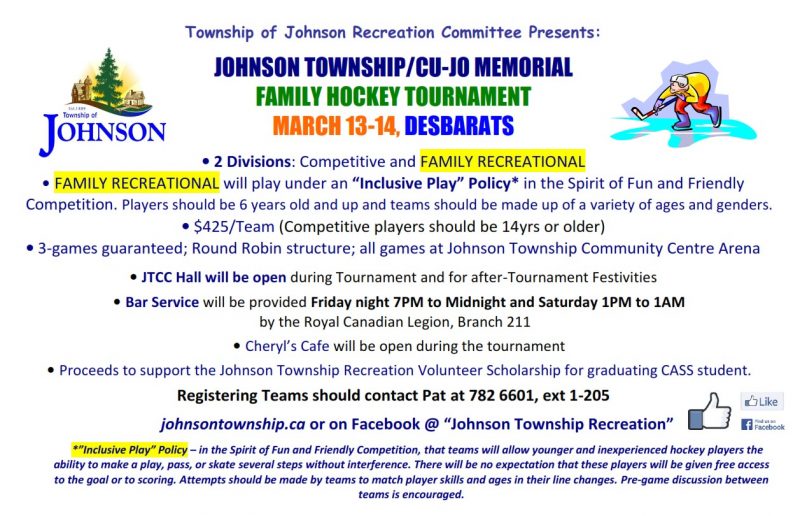 We are now taking team registrations for the Family Hockey Tournament which is scheduled for the weekend of March 13 and 14. Here’s the details:

*”Inclusive Play” Policy – in the Spirit of Fun and Friendly Competition, that teams will allow younger and inexperienced hockey players the ability to make a play, pass, or skate several steps without interference. There will be no expectation that these players will be given free access to the goal or to scoring. Attempts should be made by teams to match player skills and ages in their line changes. Pre-game discussion between teams is encouraged.